Holy Thursday, commonly known as Maundy Thursday, is the start to the Triduum leading up to Easter Sunday. While not a Holy Day of Obligation, the Mass of the Lord’s Supper is a beautiful mass celebrating the last meal Christ had with his disciples before he was arrested and crucified. The solemn feel to the mass is in a stark contrast to the celebration set to take place four days later on Easter Sunday. Notice how little – if any – music takes place during your own Mass.

There are some beautiful things to recognize that are celebrated at this mass: 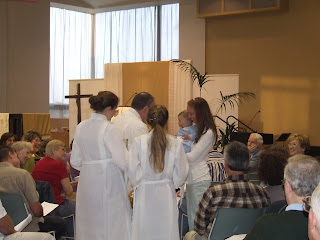 So, go to the Holy Thursday mass this year, and celebrate with a Passover dinner afterwards. I’d love to hear how it goes for you.