Equal Pay Day, Executive Orders, The Paycheck Fairness Act!  This sounds like a page out of Ayn Rand’s novel Atlas Shrugged.  Is there any real truth to women being undervalued and underpaid in comparison to their male counterparts in the workforce, or are these fabricated lies to win votes? 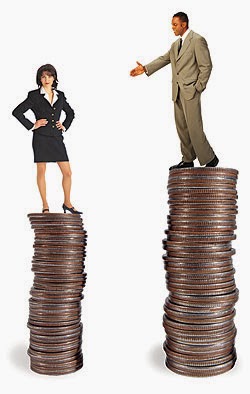 The upcoming month of November brings with it a wave of fear to Capital Hill, as many members of Congress are up for reelection.  Polling history has revealed that young people and racial minorities are not as likely to show up for a midterm election as for a presidential election.  Democrats have come to depend on these two groups as well as unmarried women (rising American Electorate) to win elections.  Nearly a quarter of voters in the 2012 Presidential Election were unmarried women and 2/3 of them voted Democratic.

Unfortunately for the Democrats, this chunk of voters have proven to be unreliable when it comes to midterm elections.  Of the unmarried women who voted in the 2008 Presidential Election, 11 million did not show for the 2010 midterm elections.  If this is any indication of a trend for the upcoming 2014 midterm election, Democrats have the same outcome (Republican takeover of House) to fear.

Women have been vastly targeted in recent elections, primarily through the touting of free health care and birth control.  This midterm election must follow the same strategy, and as aggressively as possible, if the Democrats hope to push women to the polls.

The flavor of the year is not a new one: it’s equal pay and gender equality.  The President commemorated “Equal Pay Day” by issuing an executive order and signing a Memorandum to help lessen the gender pay gap.*  The White House, however, refuses to recognize their own gender pay gap.

Hold on a second!  Isn’t that true of nearly all professions in the U.S.? If you smell a rat, you’re not the only one.

Based on the gender pay gap, women are earning 77 cents to ever dollar that a man gets paid. HOWEVER, this is the median difference of all working men and women REGARDLESS of job type.

Therefore, we are not comparing a female and male surgeon at the same hospital with the same education and level of experience.  No, we are comparing all of the men working in every position with all of the women working in every position.  The White House is simply a microcosm of the U.S. workforce at large.  Men and women in the same position are getting equal pay, however there are more men choosing higher paying positions than women.

Perhaps you believe that pay should even out throughout the workforce?  The difference however is that women still primarily gravitate toward jobs that are lower paying.  Women overwhelmingly look for flexibility in order to accommodate the schedules of their children and families.  They value vacation time, evenings and weekends more than men who are willing to work off hours and overtime.  Women also steer clear of hazardous pay positions compared to men and are less likely to travel or relocate.

The Pew Research Center finds that the biggest reason for the gender pay gap is not discrimination, but rather choice and priority.  Women are still primarily responsible for child and family care.  The survey of working mothers shows that 39% took time off work, 42% reduced their hours, and 27% quit their job to care for a child or other family member.  The study also finds that women often choose jobs that pay less than those dominated by men.  Science and Engineering fields, which are mostly dominated by men, pay a median wage of $30/hour.  Administrative and Office Support fields, which are mostly dominated by women, pay an average of $14.78/hour.

Is this opportunity or choice?  An argument can be made that women do not have the same opportunities to enter the higher paying fields due to education restrictions and family obligations.  Statistics do not support this however, as women earn 60% of the higher education degrees and hold 51% of high-paying management positions.

Still, women who do have these opportunities overwhelmingly choose family and enjoyment of work, over pay.  For example, the Journal of the American Medical Association‘s statistics currently show a 25.3% gender pay gap among physicians.  At first glance this seems outrageous and a cause to be up in arms.  Upon further investigation however, anger is quelled in learning that more than half of the countries pediatricians are women and less than 10% are orthopedic surgeons.  Female physicians are more likely to “choose” family practice and pediatrics as opposed to the higher paying medical salaries merited by surgeons.

Soooo, does anyone else find it both circular and strange (not to mention a waste of money) that the Department of Labor, which the President is requiring federal contractors to submit employment data, is also the very same that issued the statement “the differences in the compensation of men and women are the result of a multitude of factors and that the raw wage gap should not be used as the basis to justify corrective action”?  What I am getting from this is that an executive order is needed to make sure the President can take corrective action through the Department that has proven through extensive studies that corrective action cannot be justified.

Now that we have that straight, who do these policies affect?  Unfortunately, and I know this will be a shock to those keeping up with the irony, the policies negatively affect the very working mothers they appear to help.  Arguably, these ordinances will have an influence on the flexibility with which employers allow for part-time and telecommuting positions.  Employers will be resistant to hire women desiring flexible work hours due to the way it will alter their data.  Women may actually find it harder and not easier to find employment that matches their preference and lifestyle.

Problem?  From what I see, the gender wage gap in this country shows primarily that women value family over fortune.  They gravitate toward jobs (even higher paying jobs) that have flexibility, stability, benefits, and are enjoyable.  As well, many women choose to stay home with their children, work part time, or choose a lower salary in order to have the freedom to put family first.  They can leave at the drop of a hat when the school calls to say her child is ill, without fear of losing her job.

I am all for creating fair and equal opportunities, but this one proves to be not only a bust, but a thorn in the side of women, who desire choice and freedom in their career.  Yet another political Trojan horse.

*”Equal Pay Day” is recognized as the calendar date of extra work time required for women to earn as much as her male counterpart in the previous year.  President Obama issued an executive order prohibiting federal contractors from retaliating against employees discussing their pay.  As well, he will signed a Presidential Memorandum requiring federal contractors to submit data on employee compensation, including sex and race to the Department of Labor.