If you are without any vice that plagues you, go ahead and skip this post. And while you’re at it, say a little prayer for me ok?

Because I deal with a few “vices” on a daily basis. 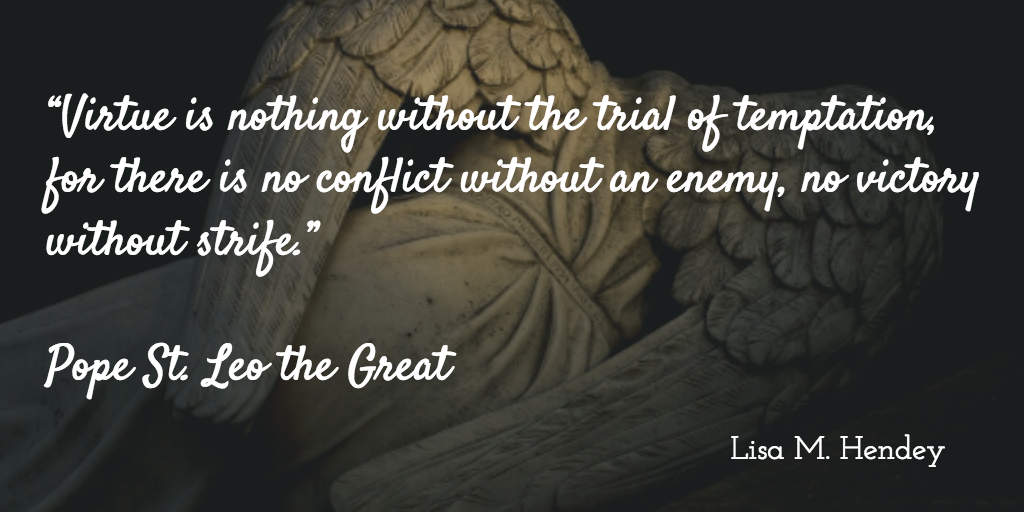 As defined by Fr. John Hardon in the Modern Catholic Dictionary, a vice is:

A bad moral habit. Technically a vice is the strong tendency to a gravely sinful act acquired through frequent repetition of the same act. Qualities that characterize a vice are spontaneity, ease, and satisfaction in doing what is morally wrong.

If you’re wondering whether you’re prone to vice, check out the seven capital sins, as listed by Pope St. Gregory the Great:

While I won’t specify which of these plague me, I will share my joy at finding a new tool to help me deal with the vice(s) in my life. The brand new Victory App designed by Life Teen, Mark Hart and Matt Fradd is described this way:

The fight for freedom from pornography is a battle you can win. But, every battle needs a plan. The Victory app provides a strategic battle plan for liberty in the struggle against pornography.

But it’s way more fun to let Mark and Matt explain it to you:

I’ve downloaded the free app and have been using it for the past few days. I’ll say up front that my “vice of choice” is not lust. I don’t struggle with a temptation to view pornography. But I do struggle with other things and have found a bit of “victory” in tracking my “triggers” three times per day and employing the app’s tools to stave off temptations. The app is free but contains an easy link to the $1.99 “Victory Book”, which provides a wealth of resources in its 52 chapters to help you fight any vice.

One compelling feature of the app is the daily check-in tracker, which can be set to alert you to log in your progress three times per day. At the bottom of that page is a “setback” button. When I’ve given in to my vice and click on that link, I will be taken to an assessment page where I can track and journal about the emotional triggers that caused me to sin. After only a few days, I am beginning to note some patterns, but I’ve also been handed some awesome tools to help me repair my relationship with God and to cope with future temptations.

As always, an app will never replace the grace of the sacrament of reconciliation, so it is helpful that the app helps me keep track of Confession too. One feature that I have not used is the “accountability partner” feature, but I’d imagine that it will be a great support to the intended audience for this app.

Check out www.TheVictoryApp.com for more information.

A question for you: Would you use an app to help you with your struggles against a vice that challenges you, or do you fear using technology for something so personal?

Lisa M. Hendey is the founder and editor of CatholicMom.com and the bestselling author of the Chime Travelers children's fiction series, The Grace of Yes, The Handbook for Catholic Moms and A Book of Saints for Catholic Moms. As a board member and frequent host on KNXT Catholic Television, Lisa has produced and hosted multiple programs and has appeared on EWTN and CatholicTV. Hendey hosted “Catholic Moments” on Radio Maria and is the technology contributor for EWTN’s SonRise Morning Show. Lisa's articles have appeared in Catholic Digest, National Catholic Register, and Our Sunday Visitor. Hendey travels internationally giving workshops on faith, family, and Catholic technology and communications topics. She was selected as an Elizabeth Egan Journalism Fellow, attended the Vatican Bloggers Meeting, the “Bishops and Bloggers” meeting and has written internationally on the work of Catholic Relief Services and Unbound. Hendey lives with her family in the Archdiocese of Los Angeles. Visit Lisa at www.LisaHendey.com for information on her speaking schedule or to invite her to visit your group, parish or organization.