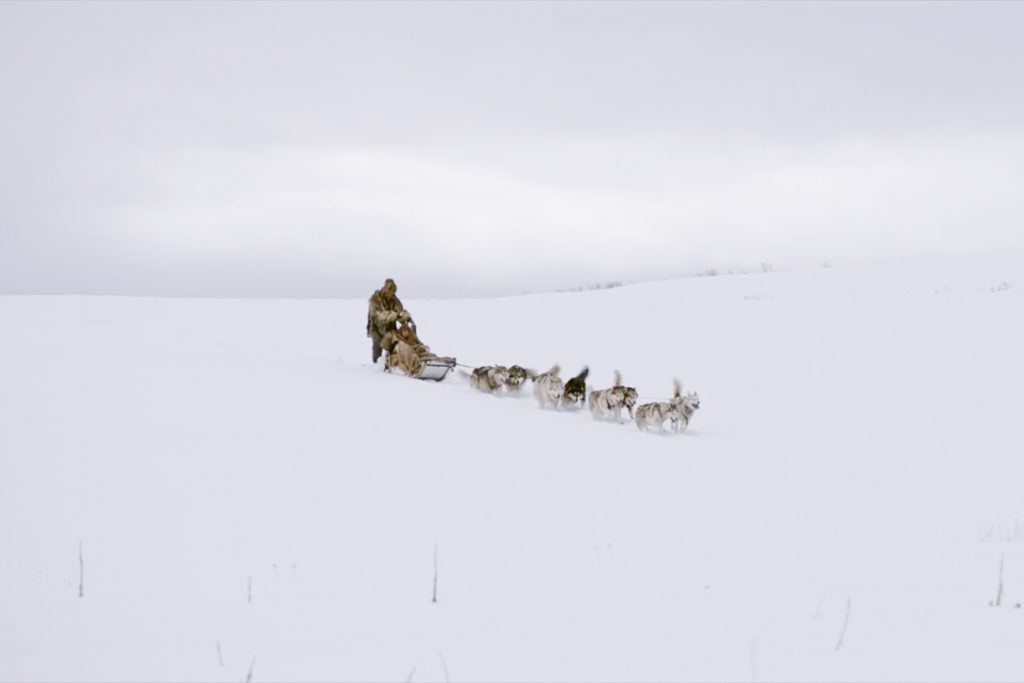 Leonhard ‘Sepp’ Seppala and his courage team of sled dogs accomplish the impossible in THE GREAT ALASKAN RACE. Images provided courtesy of P12 Films and used with permission.

The interesting thing about films inspired by historical events is that they have the potential to crowd out the true history at their core by overly emoting, hyping the flashbang, or massively modifying accounts of what actually happened. Interestingly, THE GREAT ALASKAN RACE avoids these and another “sin” I’d add to this list of things I don’t like seeing in any film: relying so heavily on animal characters that the humans get lost in the story.

Don’t get me wrong, I love dogs. I just prefer dog movies such as THE ART OF RACING IN THE RAIN where dogs bring out the best in their humans. So I was relieved that while courageous canines are at the heart of THE GREAT ALASKAN RACE, the film is never overly dog-centric.

After overcoming personal tragedy, widowed father and champion musher Leonhard ‘Sepp’ Seppala steps up in the midst of a diphtheria outbreak in Nome, Alaska to deliver the anti-toxin to the hospital. With his own child’s life on the line, Sepp battles the impossible, accompanied by his pack of sled dogs.

Based on Alaska’s “Great Serum Run” of 1925, THE GREAT ALASKAN RACE focuses on the life of one of the race’s greatest heroes, Leonhard Seppala. Portrayed by Brian Presley, who additionally wrote, directed, edited and produced the film, Seppala has a storied past as a race champion who volunteers himself and his team of sled dogs–led by Togo–to cover four hundred of a harsh 700+ mile journey to retrieve needed serum. Seppala knows full well the risk to both himself and his dogs. 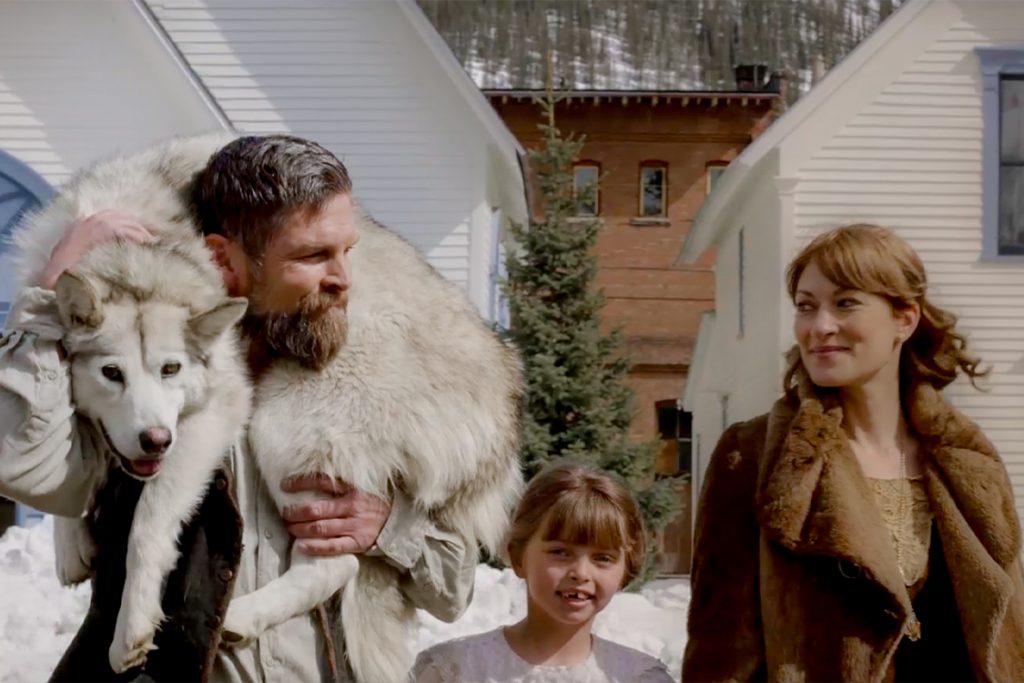 Perhaps its the risk to his own daughter, Sigrid, spunkily portrayed by Emma Presley, that drives Seppala into a seemingly impossible mission. Seppala has already experienced the loss of the love of his life. He ventures into the blinding snow to save Emma and scores of others who will be lost if the serum is not obtained. Dr. Welch and Nurse Constance have done their best, working around the clock, to stem the deadly tide of the disease on Nome’s children. But only medicine will truly save the day, and even the era’s latest technology, airplanes, cannot match nature’s fury.

THE GREAT ALASKAN RACE @AlaskanRaceFilm wraps a message of courage, faith, and hope in beautiful cinematography and heroic storytelling #GreatAlaskanRace

The wilds of Alaska, its beauty and blinding white backdrops, make this a film you’ll want to experience on the big screen. Rated PG for thematic material, brief bloody images, some language and smoking, THE GREAT ALASKAN RACE has enough action to keep parents and older teens engaged, but should be acceptable for most younger children. After watching the film, you’ll want to take a look at “the rest of the story” that lies at the heart of the film.

THE GREAT ALASKAN RACE wraps a message of courage, faith, and hope in beautiful cinematography and heroic storytelling. I see this as a film that encourages our “Yes” to the world around us, even amidst life’s greatest challenges.